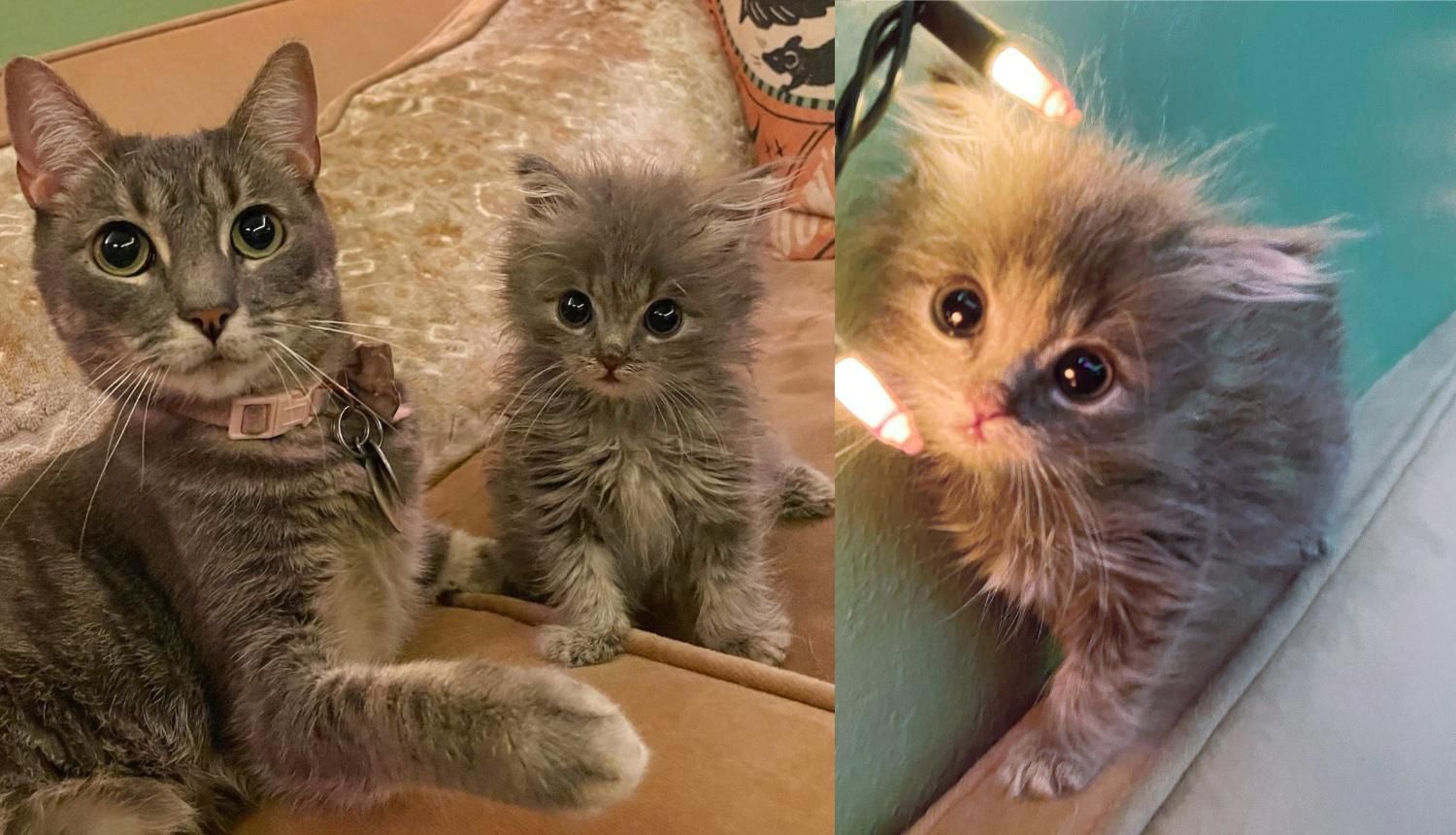 A backyard kitten has found the “purrfect” family to raise her. Her larger-than-life personality will melt your heart.

It was on a very hot summer day when a Good Samaritan discovered a lone kitten in their backyard. They couldn’t find the mother or other siblings, and the kitten likely had been left behind.

At a couple of weeks old, the little one desperately needed a bottle feeder who could care for her around the clock. Front Street Animal Shelter received the plea for help and stepped up to take her in.

Haley Waugh who works for the shelter, was instantly smitten with the new intake. She offered to foster her and began the demanding feeding regimen.

At first, the kitten was confused about the new surroundings and unfamiliar scents. She did what she instinctively knew best to protect herself — hissing and spitting “ferociously”, all from her palm-sized body.

The kitten displayed incredible resolve which had carried her through however many days being alone outside. She was lovingly named Lavender resembling the color of her fur.

It didn’t take long until Lavender realized her foster mom meant good, and that she would never go another day with an empty stomach. “When she heard my voice, she perked up and wobbled her way over to me,” Haley shared with Love Meow.

While Lavender was still a bottle baby, Haley took her to work every day to keep up with the feedings.

In the presence of a bottle, Lavender would bravely puff up her coat and attempt to grab it with all her might (and claws).

At just a few weeks old, her personality was emerging. “She was such a curious kitten already. She was very interested in what was around her and always paying attention to me.”

When Lavender found her feet and figured out her gait, she would hop around her playpen and explore every nook and cranny. She is a fearless climber and would try to clamber over anything just to be near her people.

She looks at new things with so much intensity and inquisitiveness.

When she ventured out of her playpen, she was determined to befriend everyone in the house, feline, canine and human kind.

Lavender immediately won over Spud the dog and curled up right next to him.

Lavender has learned to groom herself like a big girl, and used her pointy little tail for balance. She isn’t afraid of leaping for higher ground.

She likes to look at Haley with those big wondrous eyes until she dozes off while standing.

She is a courageous ball of fluff who doesn’t want to miss out on any action. She’s met two other grey cats at the residence and blended right in.


Lavender hanging out with resident cats Waylon and TortelliniHaley @fosterpetsofsac

Even Piper the cat who isn’t a fan of kittens, tolerates Lavender and her antics. This kitten somehow does magic on everyone.

The backyard kitten has blossomed into a boisterous kitty with a larger-than-life personality. Lavender is living her best life with her people and many fur friends.

Related story: Kitten Wears Cute Sock Shirts to Protect His Chest and Runs Around Like a Champ

A kitten blows people away with her resilience, and lives the best life after being saved from the road. Sloane the kitten@bestfriendsfelines About a month…

A kitten ran up a family’s driveway with a “wink” on her face, and asked to be let in. Bug the kittenAshley @foster.love.repeat In early…